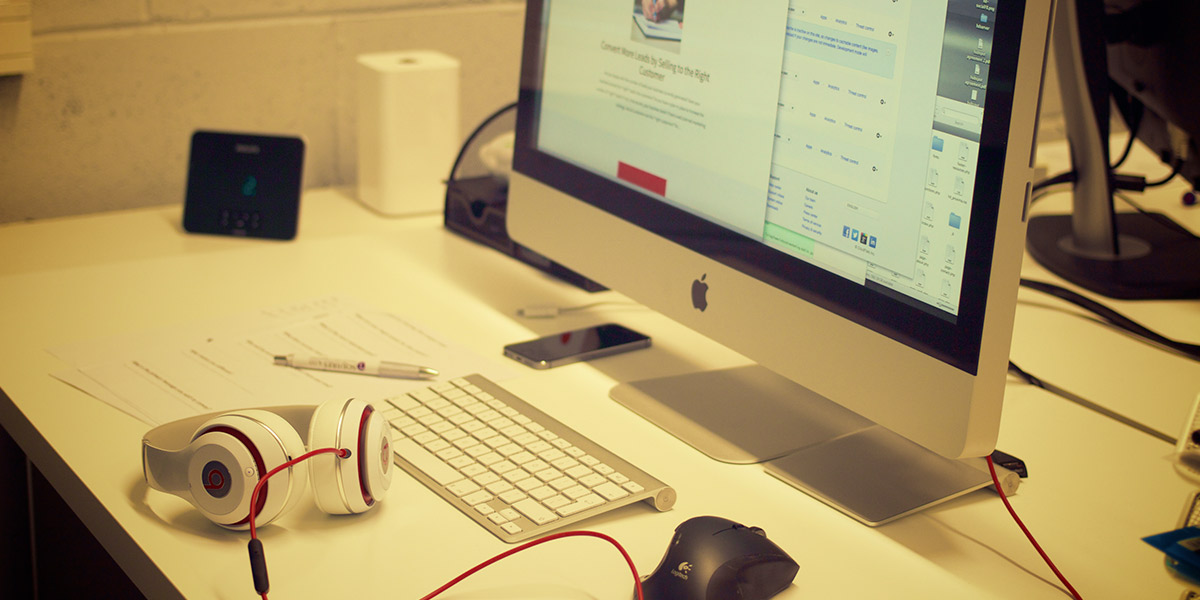 You probably already know not to believe everything you read on the internet, and the same can be said about the internet itself, not everything you hear about how websites should be built is correct. The truth is, the world of website design and development (as well as online marketing) is so incredibly fast paced that few rules correctly apply across the board and most act as little more than guidelines.

But even as guidelines, the following five website design myths are simply not true, as we explain why.

This myth harks back to the days of print design where newspapers had a physical fold. Only the top half of a newspaper is visible when folded, and the same goes for when the papers are displayed in newsagents and on news stands. This top half was therefore critical as it was the papers chance to grab the attention of passers by and convince them to buy a copy.

As many print designers switched to the web in the late 1990s and early 2000s, they carried this idea with them. It was also reinforced by the fact that when the internet was an emerging technology, most consumption was on a 15 or 17 inch screen computer, and most computers had a similar resolution. This meant that on almost all devices you viewed a website, the same portion of the page was visible.

These days we have mobile phones, tablets, laptops and televisions which can all display websites. With every different device and screensize, a different portion of the page becomes visible, so the notion of a fold doesn’t exist. Esteemed web developer Luke Wroblewski discusses the fold more here.

2. Web Design is about making the site look nice

Web design is about so much more than choosing a nice colour and font. The design of a site dramatically affects the performance of that site in achieving the goals of the business. Even more so with ecommerce, every pixel is important in improving sales and customer relations.

In fact, the placement of buttons and the colours used can also impact conversions for a site, be they sales or leads, so choosing how a website design will appear to visitors is an important task.

The design of a site also plays a role in enhancing a business’ brand, so it’s critical that the look and feel of a site compliments the branding and ethos the company is using.

3. A website should look the same on every browser

Not only is this virtually impossible, it’s also incredibly impractical. Each browser uses different layout and rendering engines, which interpret the code written and then display the site on your screen. Because they all work differently, naturally the end result will be that in each browser, there will be some differences as to how your site appears.

These can be quite subtle, for example a line of text may break onto two lines in Internet Explorer, but not in Chrome. Depending on the site however, differences can be more dramatic. This is usually when a site has been built in such a way that it’s using code techniques not supported by some browsers. For example, a new CSS technique called “flexbox” is supported in modern browsers such as Chrome, Firefox, Safari and IE10+, but is not supported in IE9. This means the layout of your website would appear different.

Ironing out these differences is desirable, as you want a consistent brand image. But there comes a point whereby it becomes impractical to do so, because of other constraints such as time frames and budget.

No matter how small or new your business, having an online presence can be the difference between success and failure. It would be hyperbole to suggest that from the start you need to spend thousands on an all-singing all-dancing website design for your brand new florist company – but even just having a simple one page with your business details is beneficial.

This is also because by having an online presence, your business will show up for many people in your area searching for your service. Many people use their phone to search for local businesses, so if you’re not coming up, you’re missing out on sales.

It’s also worth at least considering having a presence on social media to engage with the local community and help bring people in through the door. When creating your online presence, it’s also important to focus on the different elements that play a key role in the success of your website.

5. The home page is the most important page of the site

This can depend on the site, but generally speaking, the days of the home page being number one are over. This is in part due to the way people now search for and find content on the web. Google’s search algorithms for example are intelligent enough to rank relevant content to your search term, and this will often be pages within a site rather than just a home page.

Many sites, most notably ecommerce, will also have dozens of landing pages and marketing pages that also function as a gateway into the site. Further, emphasising too much on the design and content on a home page could be to the detriment of the rest of the site. As important as engaging people on the home page is, you also need to ensure you maintain their interest.

The truth is, the world of website design and development (as well as online marketing) is so incredibly fast paced that few rules correctly apply across the board and most act as little more than guidelines.
Tweet this!