Why we sponsored a local football team 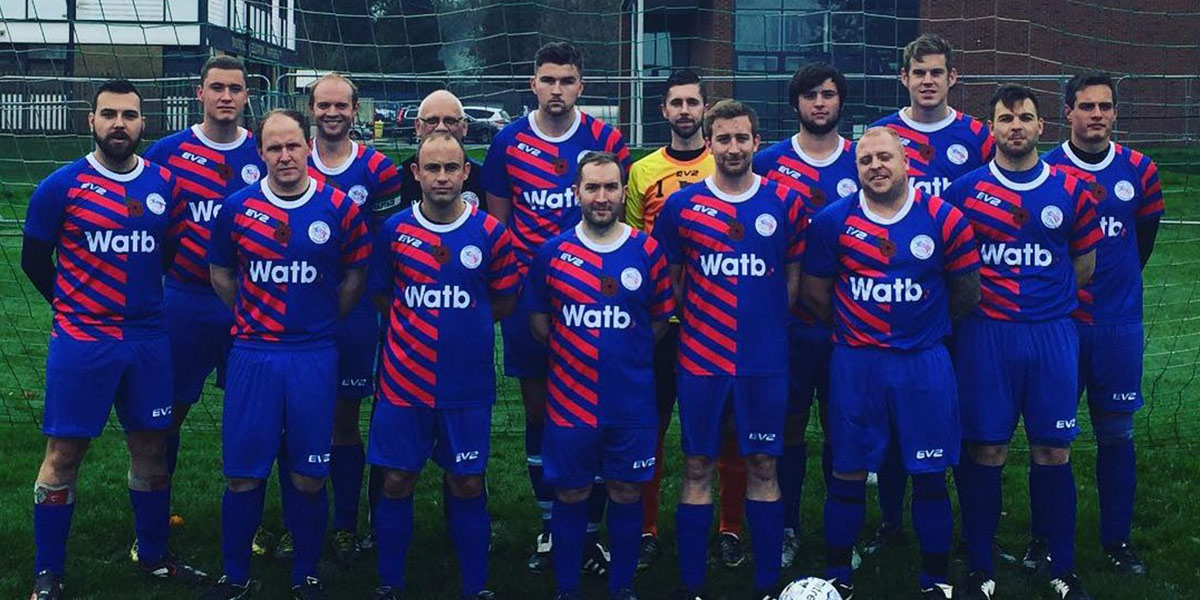 Blog
/
Marketing
/
Why we sponsored a local football team

When the question ‘should we sponsor this local football team?’ came up at WATB we unanimously said yes. All of us were really excited by the idea for many reasons, the main one being, we love football.

The football team itself is called Caterham Eagles, they started in 2011 as a group of mates, they’re a Sunday League team in the Redhill & District Division 4. Having spoken to Caterham Eagles they came across as a really nice bunch of people trying to do something good in the community with little money, they provide their kit to charity games, they’ve raised money for charity. Their involvement in memorial games around Surrey sets a good example and helps the local areas. They’ve also been nominated for the Sportsmanship Cup by their fellow teams in the league, which goes to show they are playing with a great mentality.

To be honest, it’s these factors that made us want to help, I guess you could say we’re paying it forwards. When 20 guys are trying to do something positive in their area the least companies like ours can do is try to help. Whether that be financial contributions, moral support, mentioning them on blogs, social media or other outlets, every small contribution helps.

We received the kits this week and we’re delighted with them! Take a look for yourselves.

We also wanted to follow in Caterham’s footsteps and help out a local charity that we think are doing great things, so we had the Reedham Children’s trust logo popped on the back of the kit to show our support.

As local businesses, I believe we should look to help locals and local projects. Let’s be honest, no one else has our backs, the government is there to help major players, not the small ones.

Let’s look to support each other in the most grass roots way possible.

When the question ‘should we sponsor this local football team?’ came up at WATB we unanimously said yes. All of us were really excited by the idea for many reasons, the main one being, we love football.
Tweet this!

7 reasons why influencer marketing is a game-changer

How to use Heat Maps to Increase your Website Conversion Rate